Rockin Out At RAPS 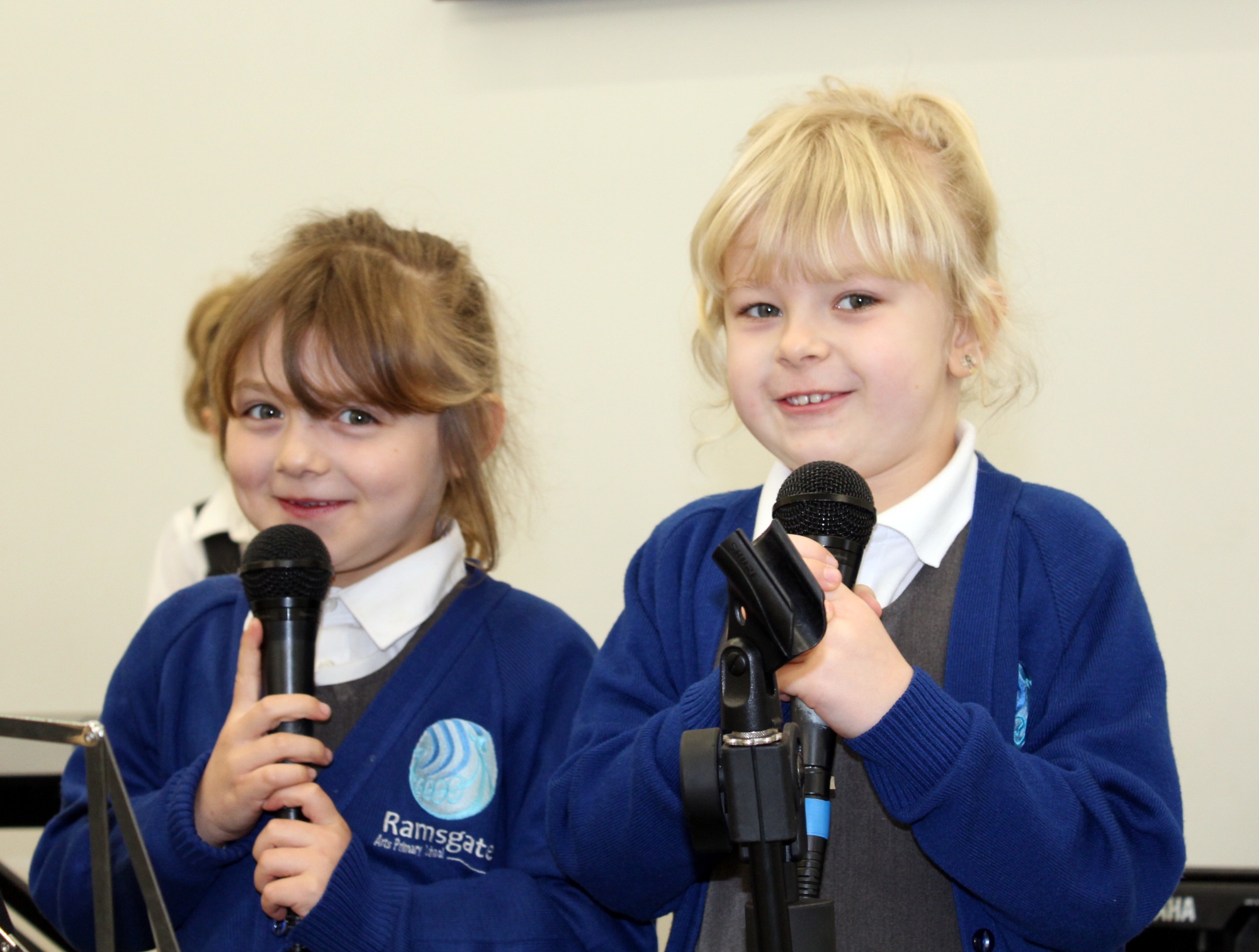 It may not have been the 02 Arena in London or Madison Square Gardens in New York but for Ramsgate Arts Primary young rockers it was the show of their lives.

Children from as young as four years old were among six bands who played live in their debut gig to friends and parents in the packed school.

Pupils from Reception Class to Year 6 have only been learning their instruments – drums, keyboards, and guitars plus vocals – for the last few months with the Rocksteady education crew who are tutoring them once a week.

Each band received huge cheers as they performed their own mini set to raise the roof as RAPS rocked to the rafters.

Head of School Nick Budge said: “Our children have only been learning to play for a matter of weeks and yet they are already rocking with attitude, as their debut concert showed. I am sure we will have many more of these events. 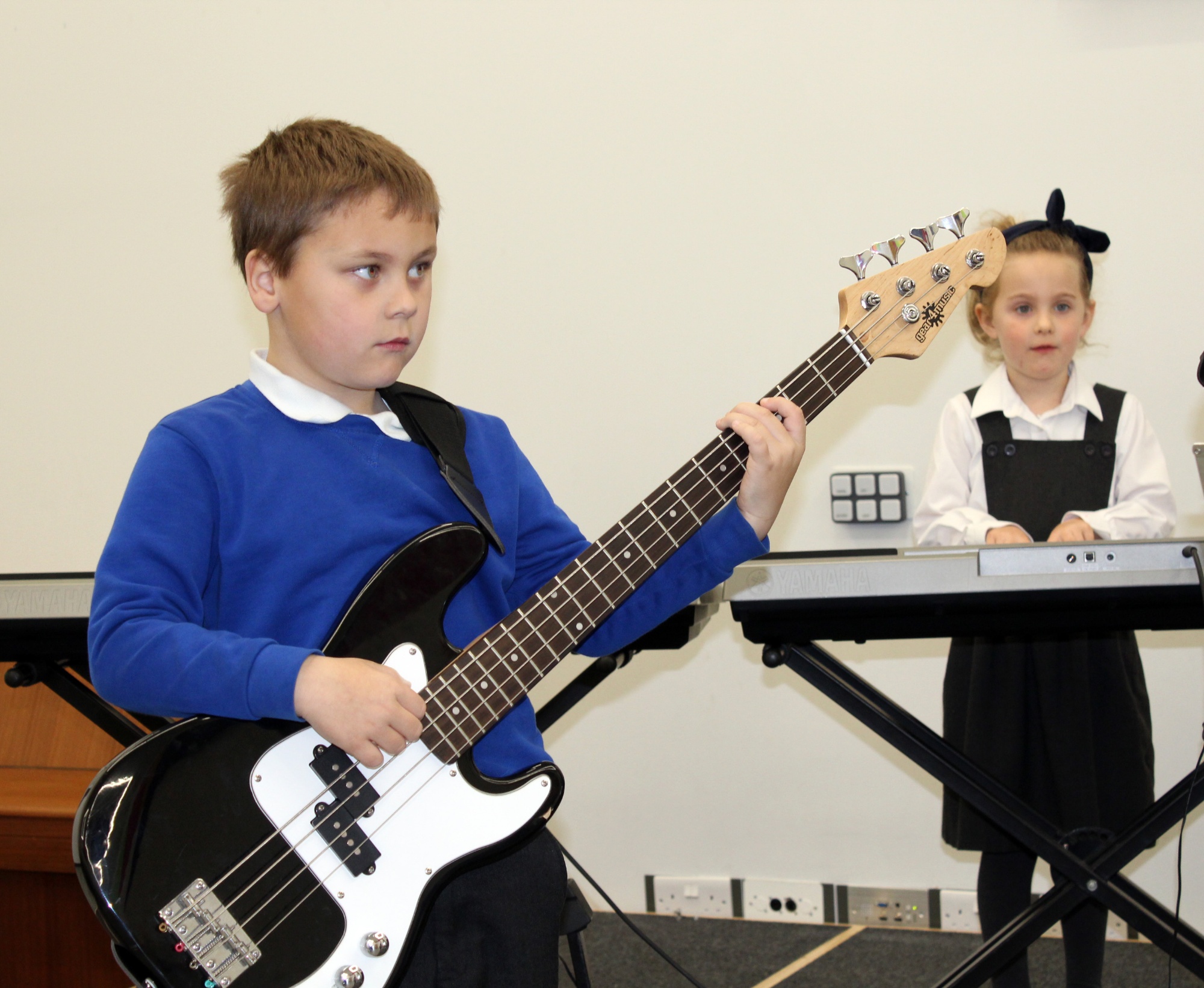 “There is a lot of interest in the initiative, which is all about encouraging and enabling pupils to play and perform, rather than learning practical music theory.

“The fun element of being in a rock band is very appealing to our creative youngsters and there are many more who want to join up. We are impressed with the standard they have reached in a short time and that they have the determination and courage to climb on stage and play to several hundred people at a very young age. It is a terrific experience for them and boosts their self-esteem and confidence.” 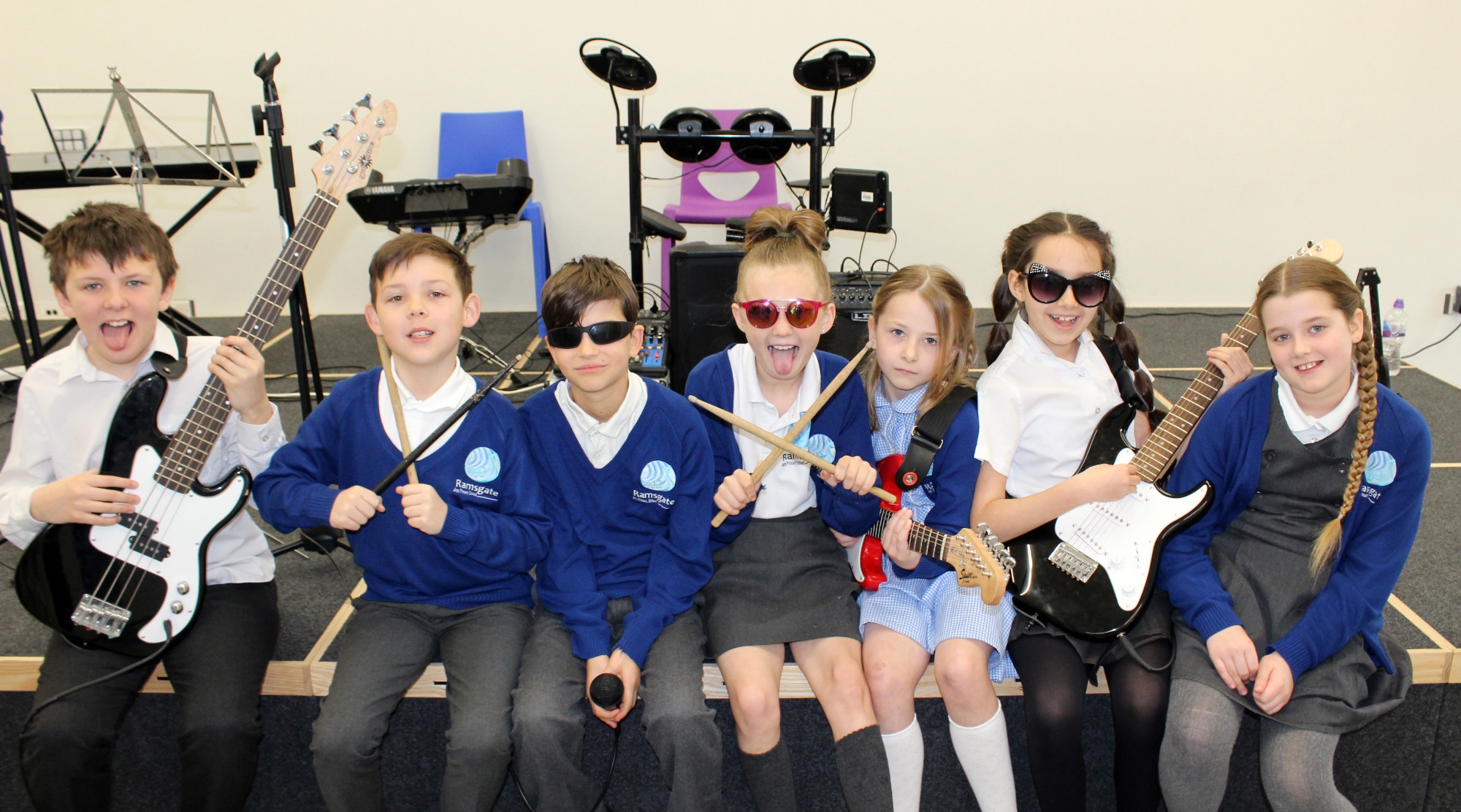 Ruby from Year 5 plays drums in the band called Actually I’m Not Sure Yet, who performed the finale and encore with their version of Shotgun.

She said: “I never thought of playing in a band and I have never played drums before. I love playing them and can’t wait for each rock school lesson to come around. It is something I want to get better at and keep doing for years.”

Jack from Rocksteady, who is tutoring the young players, said: “They are all doing amazingly well. When I was their age I did not know what a guitar was, let alone play in a band in front of people. I am so proud of them all.”

The bands taking part in the show were Mashed Potato who performed Happier; The Sapphires – Roar; The Megaflash Penguins – A Million Dreams; The Blue Rockers – Human; and The Black Eyed Dragons – Rebel Just for Kicks. 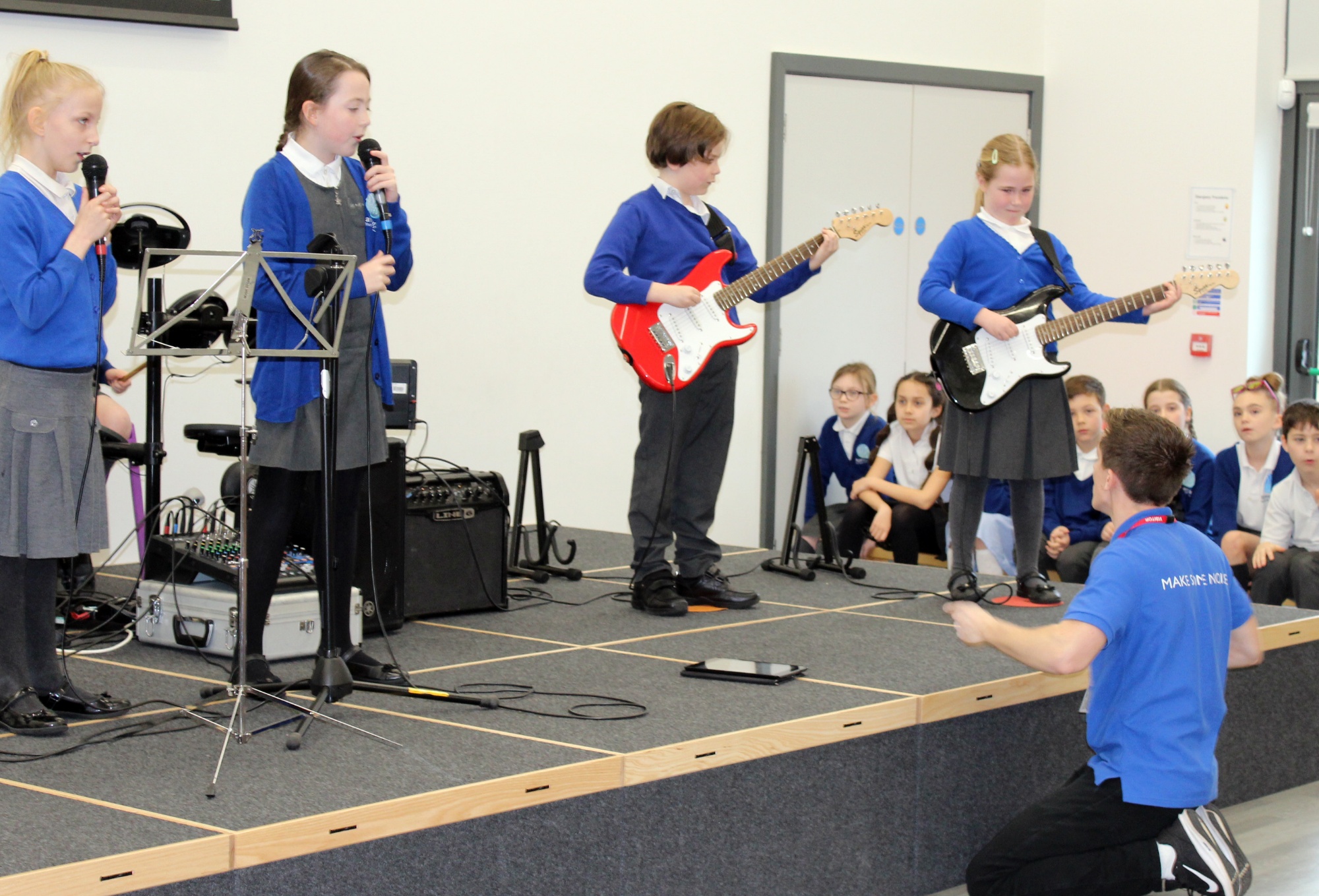