Lessons are Magic at RAPS 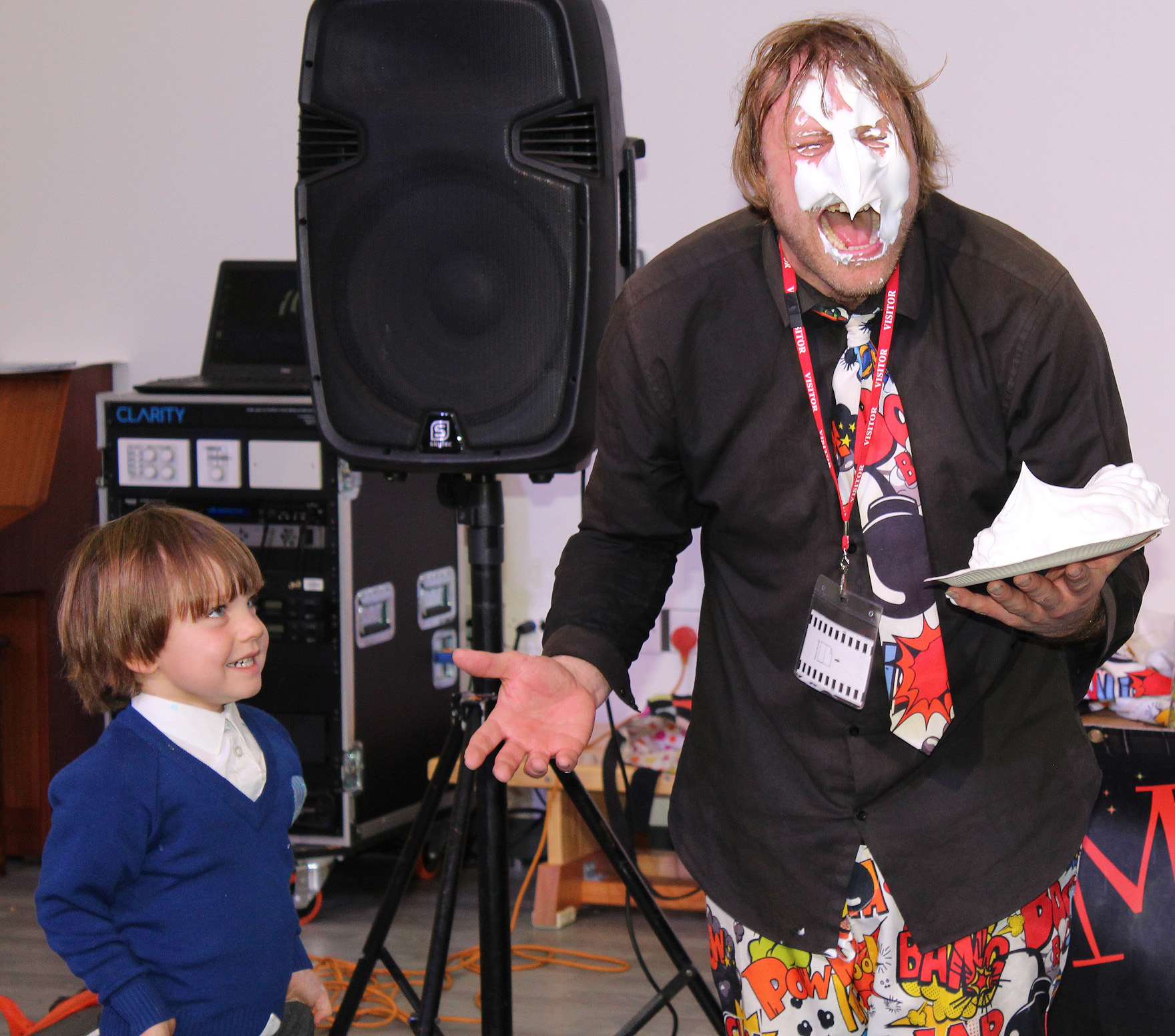 It was the special launch event for a new topic for Reception classes called A Magical Winter, where pupils begin to explore the world of magic.

Reception teacher Sophie Spurrier said: “We wanted to wow the children so they would be inspired to perform and take the tricks into all areas of their Early Years learning, such as making something with a purpose, writing, and speaking.” 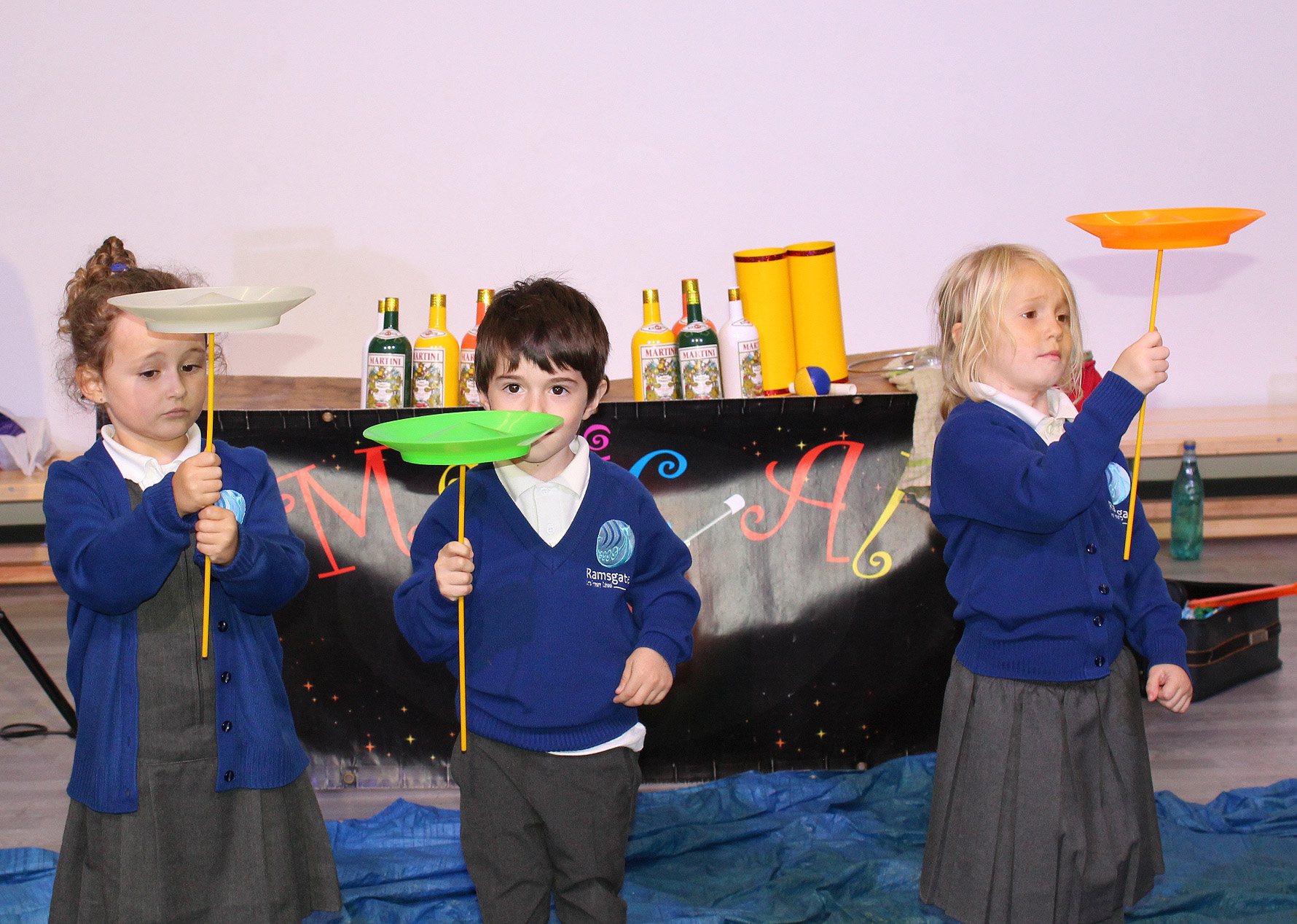 As the magic show developed in the main hall, Magic Al invited pupils on to the stage help share in his performance.

They assisted him with interlocking rings, plate spinning, expanding ribbons, a crazy foam pie act, and being encased inside giant liquid bubbles.

Magic Al also climbed inside a giant purple balloon until he was totally vanished from sight before bouncing up and down in front of his startled audience.

At the finale of his show he transformed into a 12ft tall stilt walker, creating colourful balloon gifts of swords, puppies, butterflies, love hearts and many more for the children to take away.

Magic Al said: “It is great fun watching the children become involved with the show and taking part in some of the tricks. They always have 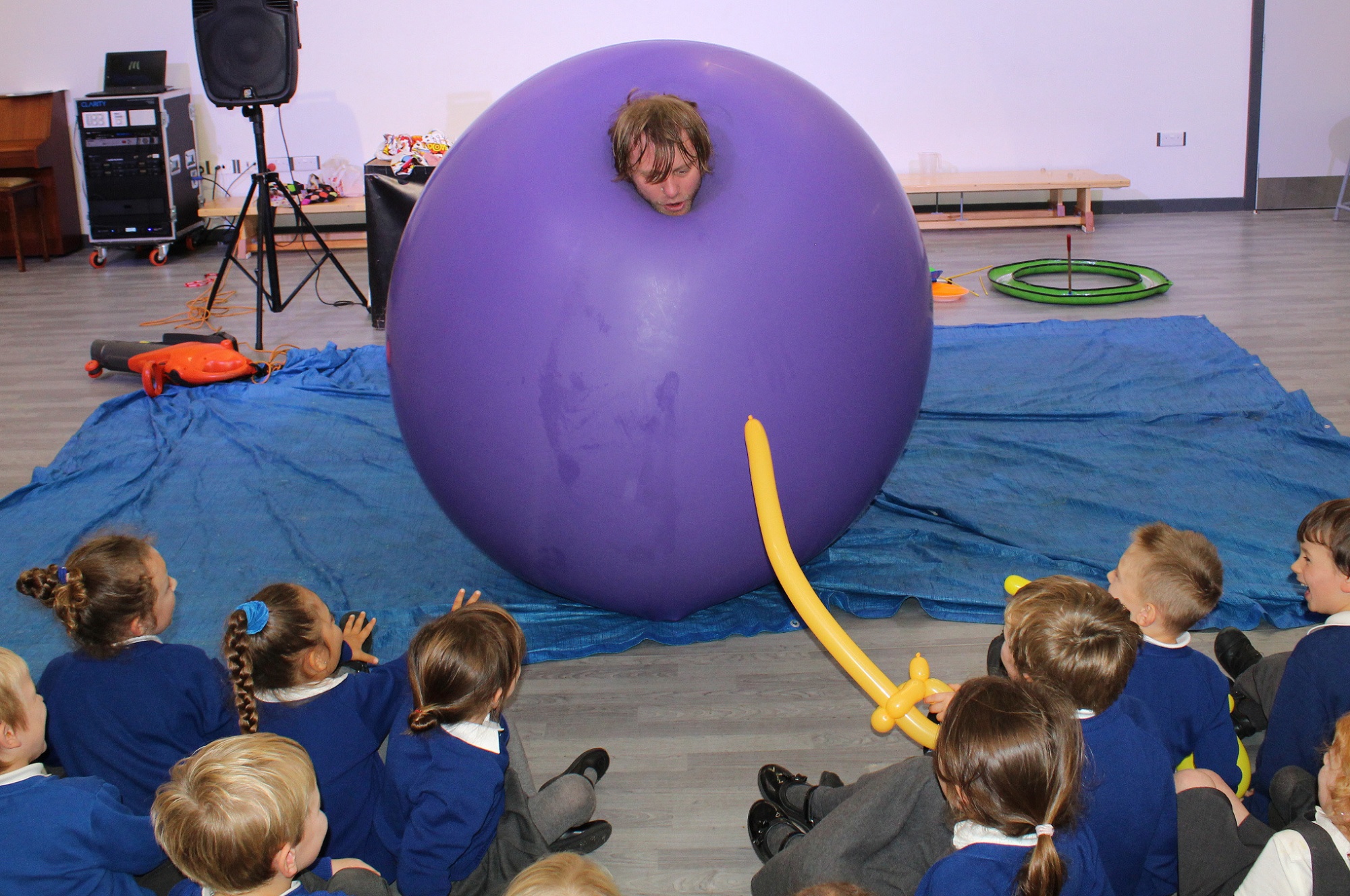 Head of School Nick Budge said: “For many of our children it was the first time they had seen a magic show up so close.

“As an arts specialist school we welcome and embrace all kinds of performers to visit. The magic show was a brilliant experience for our pupils and it was the perfect way to introduce them to a new topic.

“As well as enjoying an interesting learning experience, they all had fantastic fun – and so did the staff.”