The work, in partnership with Turner Contemporary and due to be completed for 2020, will be the culmination of ‘Pioneering Places’, an ambitious multiyear project happening across East Kent to encourage people to get involved with cultural organisations and shape the place where they live.

More than 60 children from two Ramsgate primary schools — Ramsgate Arts Primary School and St Laurence-in-Thanet Church of England Junior Academy — have interviewed and selected Shawcross to create an artwork for the town. They have asked that it responds to the themes of ‘play and playfulness’, ‘caring’ and ‘modern machinery’.

The resulting work will be a series of bright, modular, mechanical disks, to be placed in and around the beach and Royal Harbour area. The 8 to 10 year olds will work alongside the artist to select the location and develop the work over the next few months, ready to be launched in July.

The series of works will be lightweight in design and involve simple, visible mechanics that show gears and cogs and the power of the wind. Involving different colour combinations, the sculptures will be made out of materials such as galvanised steel, stainless steel and powder-coated or anodised aluminium.

Conrad has completed a number of major public commissions across the world and, as well as being the youngest living member of the Royal Academy of Arts, was one of the first artists to be shown at Turner Contemporary when it opened in 2011.

He said: “I am really excited to be working with the young and brilliant minds of tomorrow to realise a new beacon of friendship and welcome to the Kent coast. The town of Ramsgate started as a port, and now we have a modern opportunity to continue this wonderful relationship to the sea and to arrival. Together we will create a new symbol for Ramsgate, learn some mechanics and the differing ways we used to communicate, and most importantly discover the huge power of cooperation and team work!” 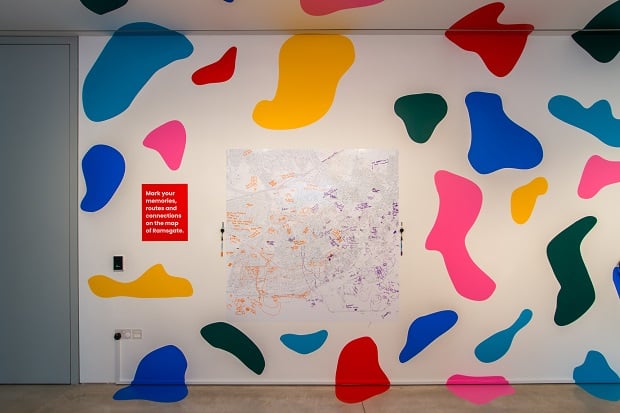 year, learning about the heritage of Ramsgate and recruiting artists and heritage researchers for the project. The shortlisted artists used the children’s research from the first year of the project as a basis for their proposals for the artwork. Among their collaborators are the Turner Prize winning collective Assemble who have been commissioned to create a toolkit which aims to inform planners, decision makers and those in the education and creative sectors about how children can positively contribute to place making.

Victoria Pomery OBE, Director of Turner Contemporary, said: “We are delighted to be leading the Ramsgate arm of Pioneering Places: East Kent; an innovative project that is not only ambitious but puts children at the heart of the process.

“This way of working will set a new tone and approach to placemaking in Kent and beyond. Shawcross’s work clearly captured the imagination of the Young Arts and Heritage Leaders and we hope it will inspire audiences locally, nationally and internationally.

“By working with ambitious artists, young people and our community in this unique way, we will gain a deeper understanding of how culture and heritage can inspire each other and bring about positive change.”

A group of Year 7 children from The Royal Harbour Academy will also be working on a coinciding scheme to document the development and installation of Shawcross’s artwork. Ten pupils from the school, aged 11 and 12, interviewed and selected a photographer they wanted to work with out of a shortlist in order to document the key events between now and the launch.

The Young Arts and Heritage Leaders announced Conrad as their chosen artist during a special event to mark the occasion in Ramsgate yesterday (October 16). 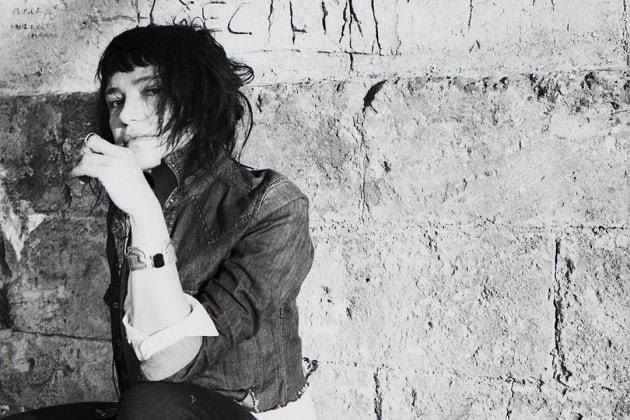 The artist, musician and writer Marianne Dissard, from Ramsgate, opened the event following a ten day walking tour of East Kent during which she visited Ramsgate and further Pioneering Places partners on the way in Folkestone and Dover.

She has passed on communications and gifts between the children from all four projects, allowing them to share their experiences of the scheme.

Marianne said: “I met the Pioneering Places children when I walked East Kent for my book tour. The children greatly impressed me with their curiosity, initiative and warmth. I was thrilled to learn we share a deep interest for the Ramsgate Harbour. For a couple of years, I lived on board a wooden sailboat moored below the Sailors’ Church, and recorded music in a studio housed on the Harbour.

“Of all the places I’ve lived in the world, the Ramsgate Harbour is the most unique and inspiring. That this next generation of leaders cares for it as much as I do fills me with joy and hope for its resurgence as a creative and convivial community hub.”

*The above text and images were taken from the Isle of Thanet News webpage.