Aussie Aid and Caring for Koalas 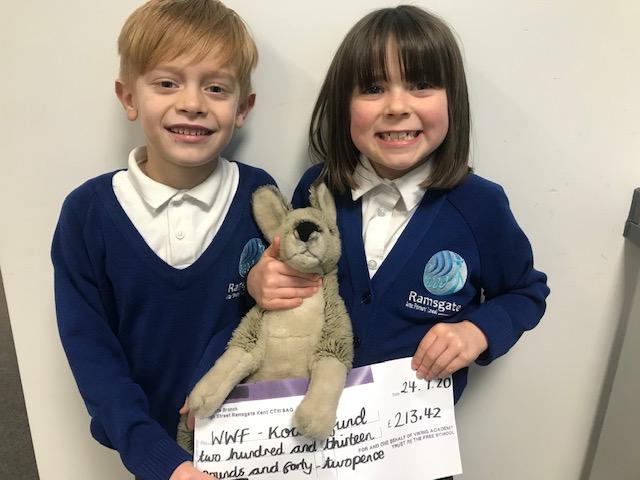 Caring children at Ramsgate Arts Primary School are helping raise funds in the wake of the devastating Australian bush fires.

The kind-hearted pupils decided to hold a week-long sale of home-made cakes to support the aid effort in the stricken country.

They decided on their Australia action plan following an assembly where Deputy Head Hannah Beech explained the situation. She said: “Many pupils had heard about the fires on the news and seen film of the huge impact they are having on people and animals. They were worried about what that were seeing, so we held an assembly to discuss natural disasters and how people respond to them.”

They considered climate change and how it can impact on the world, and focussed on how people work together to reduce the fires and their impact on people and animals.

Following the assembly, the RAPS Junior Leadership Team decided to raise funds to help, especially to protect animals affected by the infernos, and chose the World Wildlife Fund.

The sale of a range of tasty home-made treats raised £213.42, with one pupil, Dalia in year 1, holding her own event by selling her old toys that contributed £38 towards the total.

“All of this supports our pupils in understanding the sense of community, charity and care for our planet and all living things.”

*For more information, contact Mr Budge on 01843 582847, or email enquiries@ramsgateartsprimaryschool.co.uk