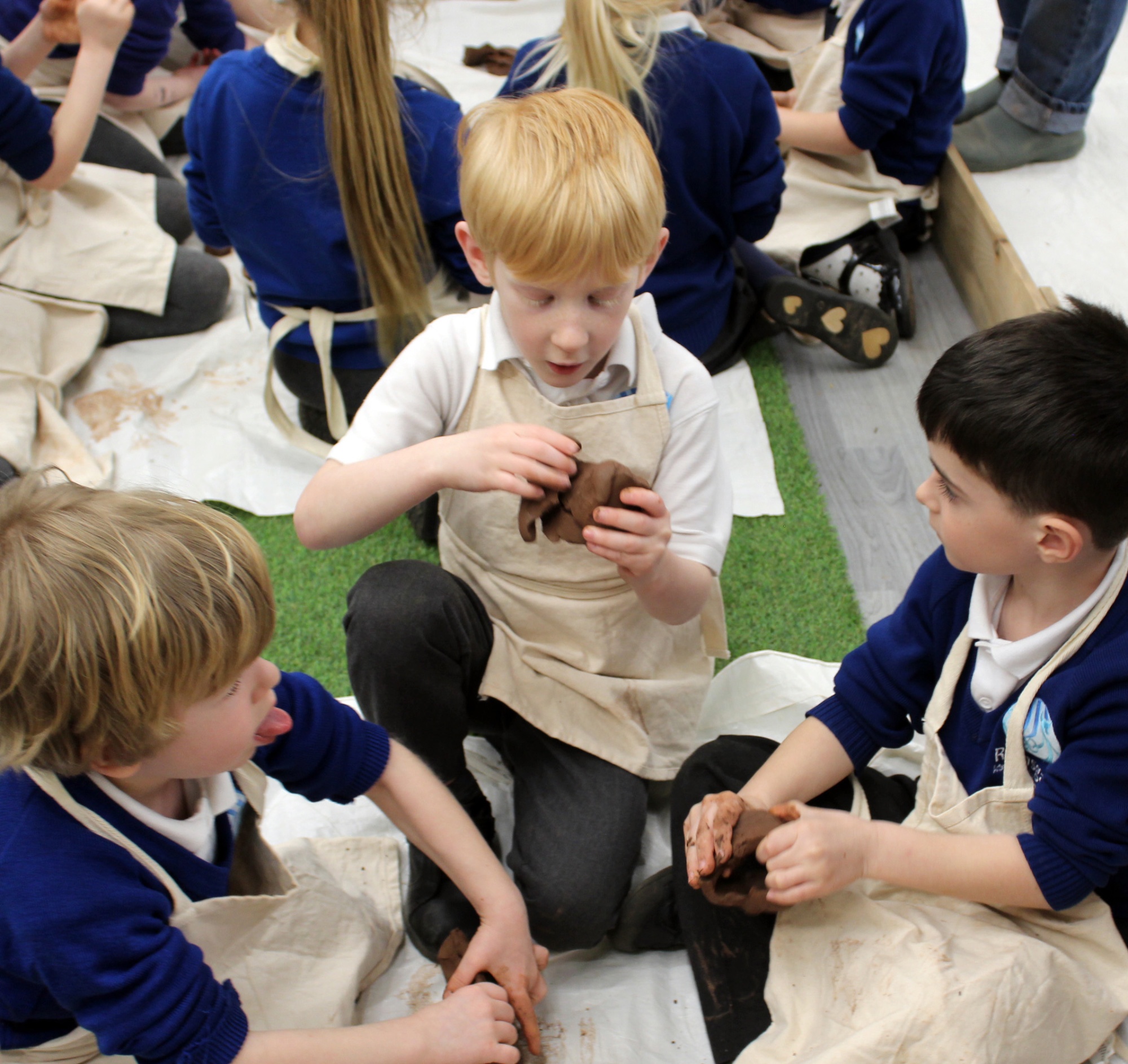 What makes a good human? That is the wide-ranging and multi-faceted question that has been challenging young minds at Ramsgate Arts Primary School.

Young pupils from Year 1 and 2 explored their thoughts through an interactive show called Bonhomme performed by the What’s Coming Out Of The Box team.

They created a magical community garden and encouraged pupils to invent a town and a village – decided by boys and girls as Rosegate and Parmesan Hamster Village.

Discussing the concept of ‘a rumour’, the story elaborated into how it can become an untrue barrier between people, using the mythical creature of a Golem as part of the storytelling thread. 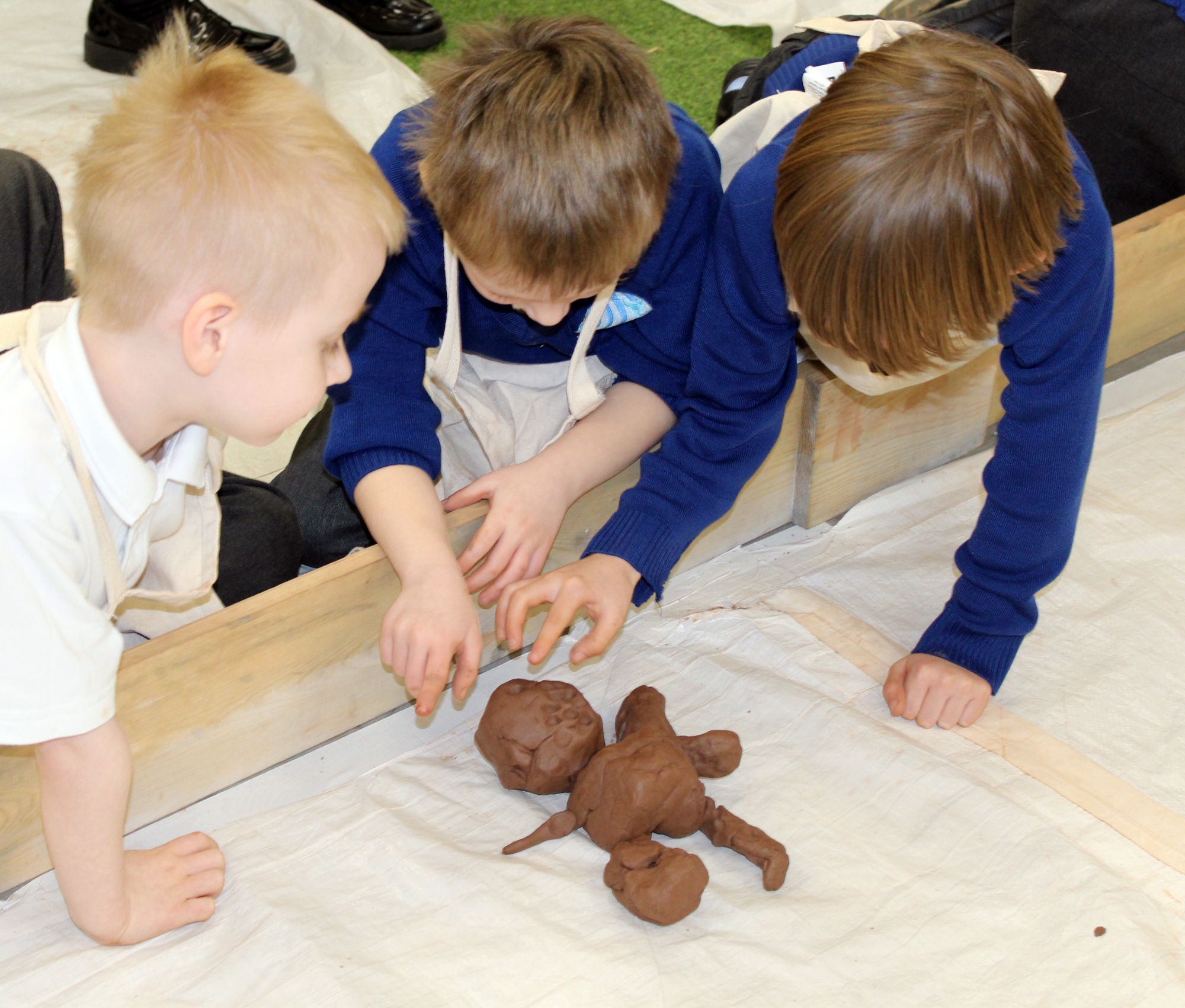 mud being to have – these included being kind and loving, caring for others, having a big heart, helping people if they are hurt, and not fighting back at people.

The show blends storytelling, object theatre, live music and philosophy for children, and the team say: “Children are natural philosophers and start to question the world around them very early on. What’s Coming out of the Box firmly believes that children’s theatre should not shy away from big juicy topics. We enjoy asking big questions to small people.” 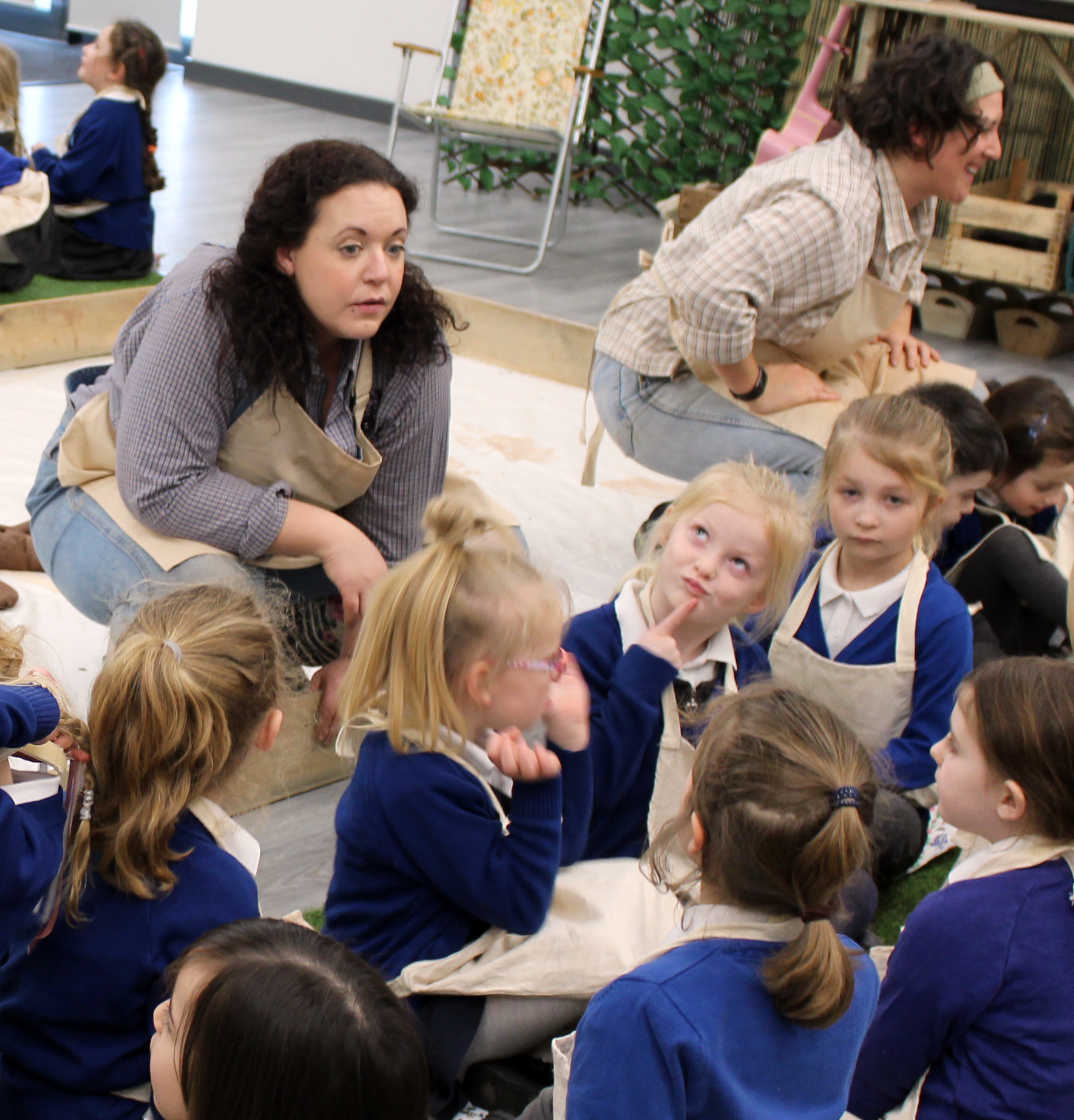 Head of School Nick Budge said: “At RAPS we encourage our children to think out of the box, the question their world and community. This show is a fantastic vehicle to invite pupils to discover philosophy and to tackle important concepts and ideas.

“They were immersed from the start and thoroughly embraced the story and the ideas it generated.”

Bonhomme was written and directed by Estelle Rosenfeld and performed by Cam Griffiths, Rachael Hammond, Sadie Hurley and Katie McGarry. The project was supported using public funding by the National Lottery through Arts Council England.

The Golem Myth : The Golem is a mythical anthropomorphic being which is created from clay or mud 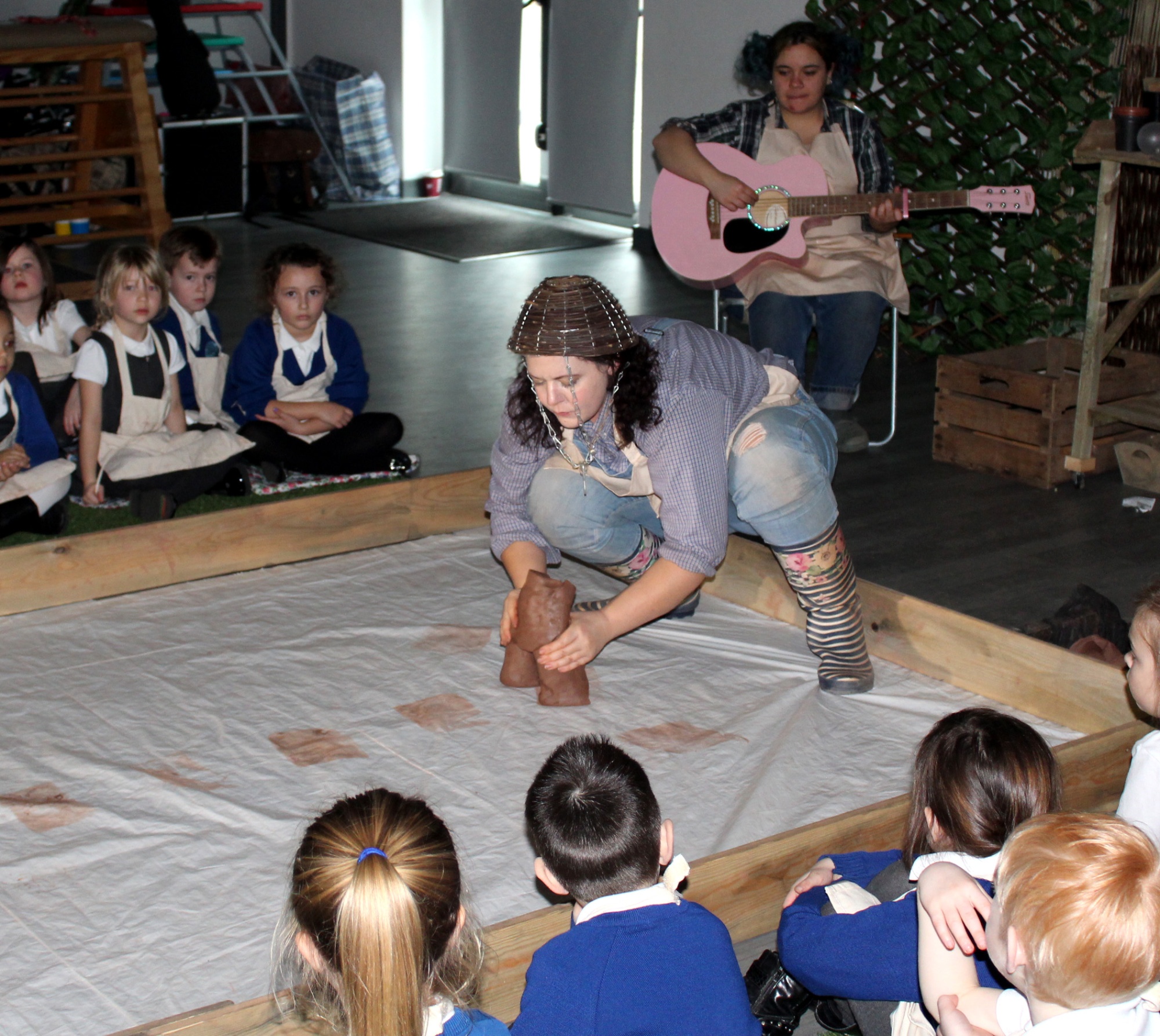 and endowed with life through the power of magic and mysticism. The purpose of the Golem is to serve its creator. However, in many of the myths and legends, the Golem becomes uncooperative, sometimes even turning against its creator.