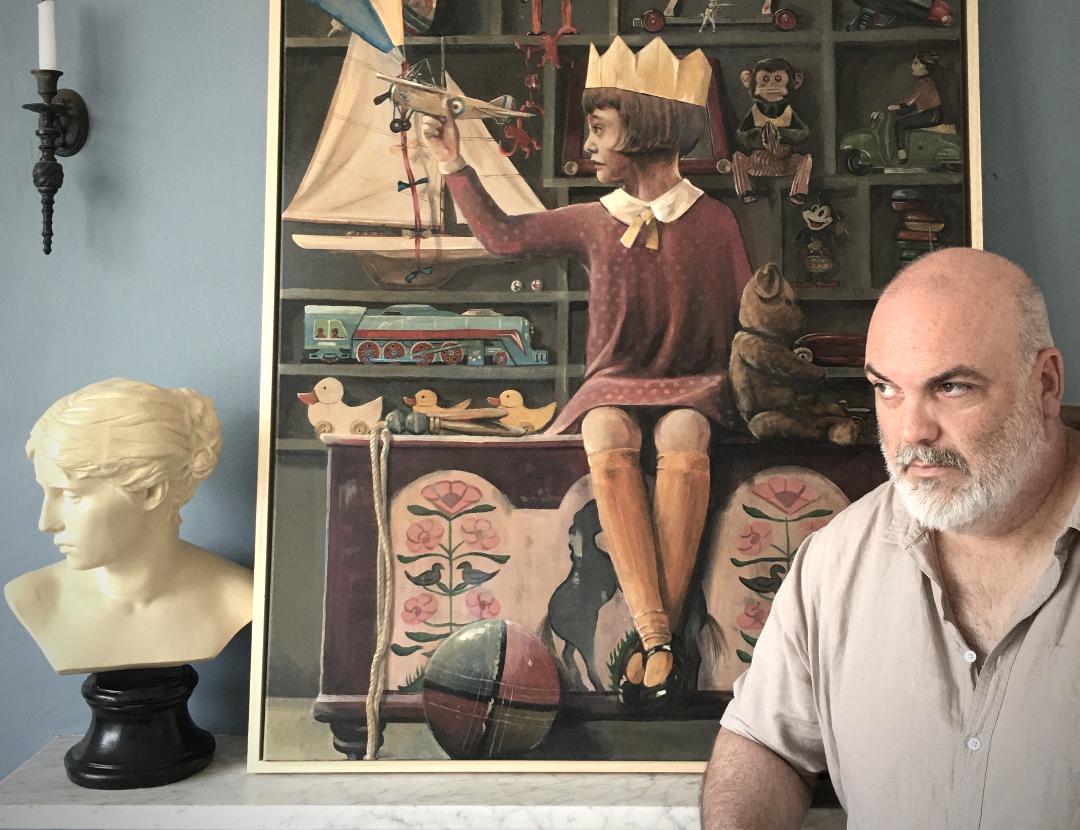 Young artists at Ramsgate Arts Primary School are looking closer to home for their artist of the term.

As well as focussing on historical and contemporary artists from around the world, the arts specialist school also seeks to support and highlight the varying styles of local creatives.

Peter Campbell-Saunders from Ramsgate is the latest whose works and approach to art is inspiring children. They were introduced to Peter and his portfolio via a virtual assembly.

Head of School Nick Budge said: “It was a safe way of bring Peter before our boys and girls; it certainly has inspired them to explore his style, influences and techniques in their work.”

Although determined not “to be compartmentalised”, Mr Campbell Saunders’ most recent works tend to be impressionist, figurative compositions, using either acrylics, oils or mixed media on canvas.

He utilizes many techniques, developed from studying The Old Masters and favourites such as Hopper, Degas and Sickert, from whom he draws great inspiration. 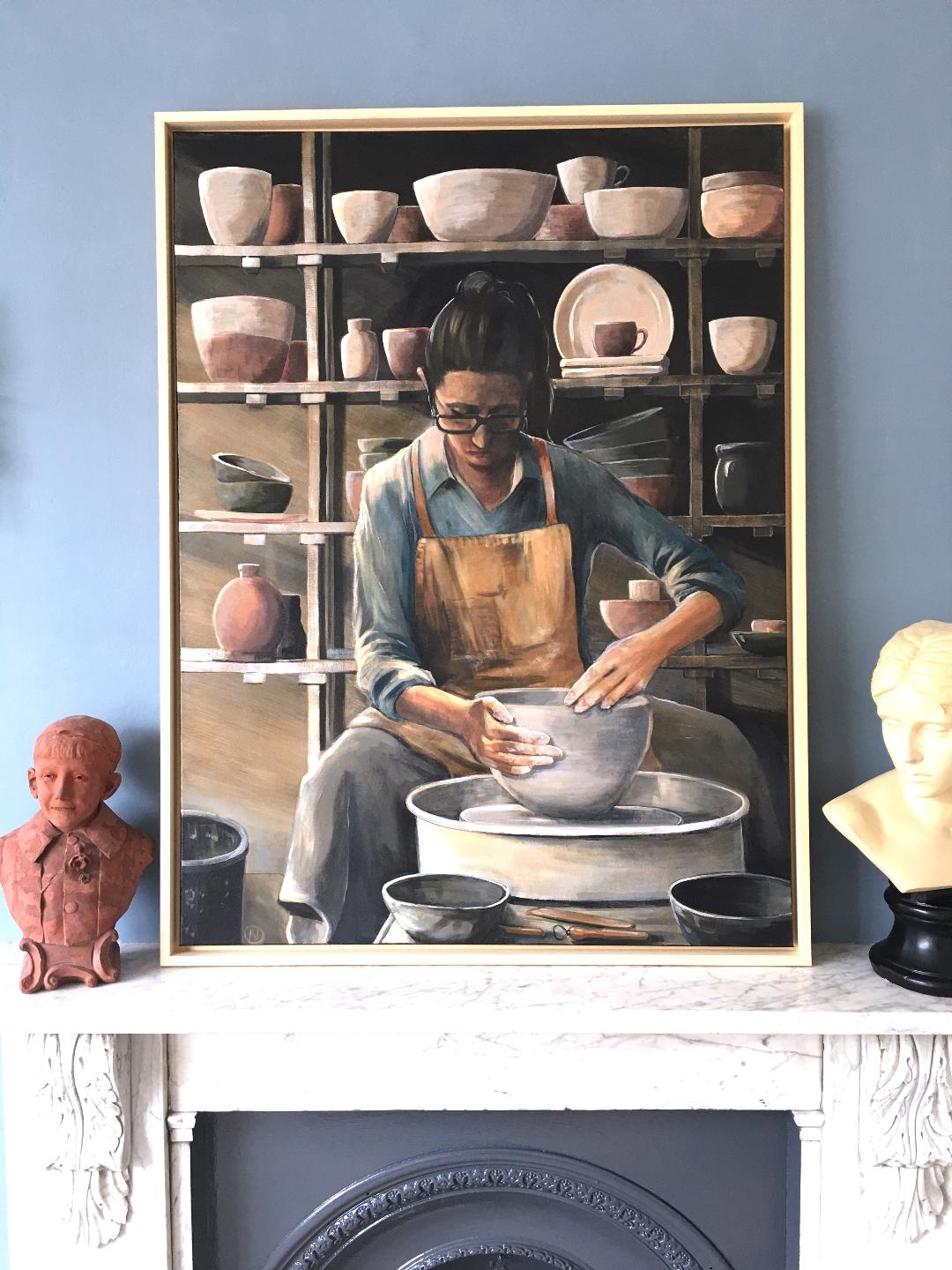 From an early age he developed a love of the arts, particularly music, fashion, photography, writing and painting. Encouraged by his parents and peers to employ his creative talents, in 1986 Peter enrolled at Central St Martin’s College of Art and Design. He graduated with an honours degree in Graphic Design, and post art school he secured a position as a magazine designer. He continued in this field for more than 20 years as an art director and later as a photographer where his professional reputation grew, obtaining contracts with publications including Vogue, Tatler, Brides, The Sunday Times, The Express, and Esquire, that enabled him to work with and capture many prominent and distinguished individuals.

Eventually yearning for a greater work/family life balance, Peter embarked on a Post Graduate Certificate in Education (PGCE), qualifying as a teacher of Art and Design in 2007. This enabled him to pass on his skills and enthusiasm for Art and Photography to his many students and spend quality time with his family.

One of his greatest influences is his father. After sadly losing his father to illness in his late teens, which for Peter was an influential time, he used his artistic talents as a form of therapy and escapism to maintain good mental health.

Admiration and memories of his father have influenced past paintings of 1940s film noir and artistic connections with by-gone eras. Additionally, as a way of remembering his father, Peter references him in many of his paintings, which will not always be apparent to the viewer. 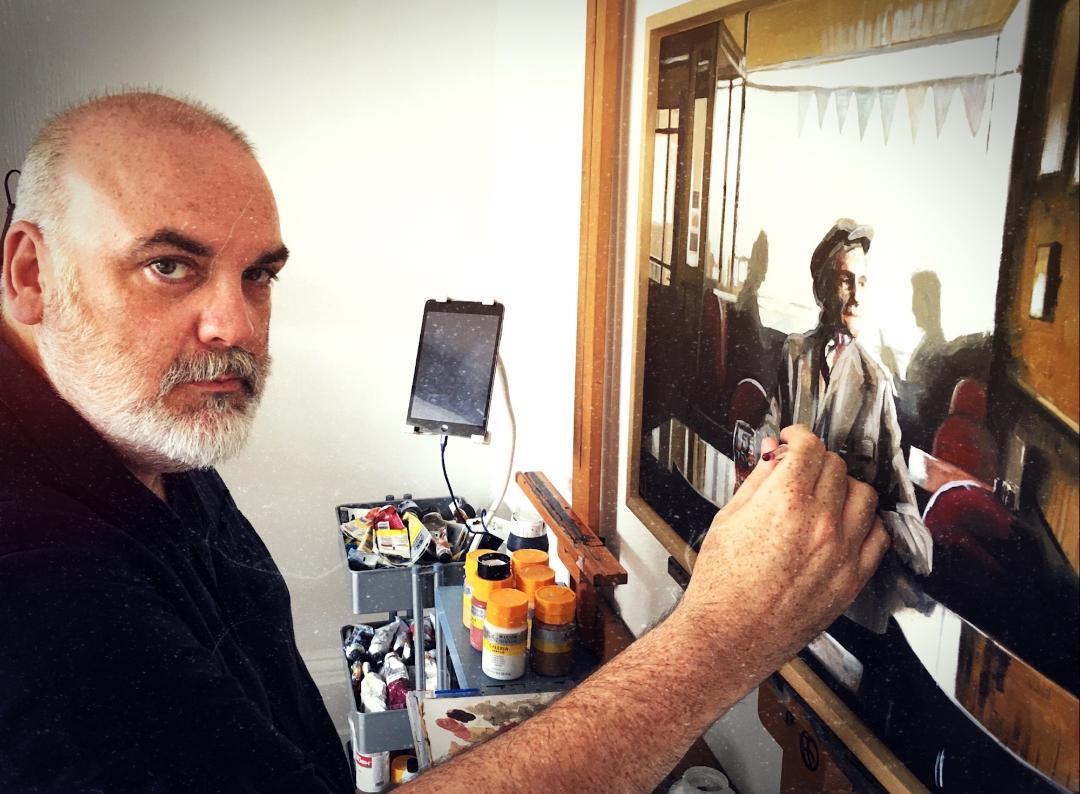 He is keen to share his knowledge and love of art with Ramsgate Arts Primary children, and hopes to inspire them as they develop their skills and talent. His advice for young artists is simple and clear: “Whatever your level, art is so beneficial to your mental health that if that’s all you’ll get out of it then you’re blessed.”

Mr Budge said the liaison with Mr Campbell Saunders illustrates how the school “aims to highlight the wealth of local artistic talent that we have in many different fields.”

He added: “We are continuing our links with Peter and are working on ways to further involve him where practical in the coming term.”

The results of the pupils’ work celebrating their latest artist of the term will be put on exhibition in the school.

Ramsgate Arts Primary School is part of the Viking Academy Trust together with partner schools Upton Juniors and Chilton Primary.