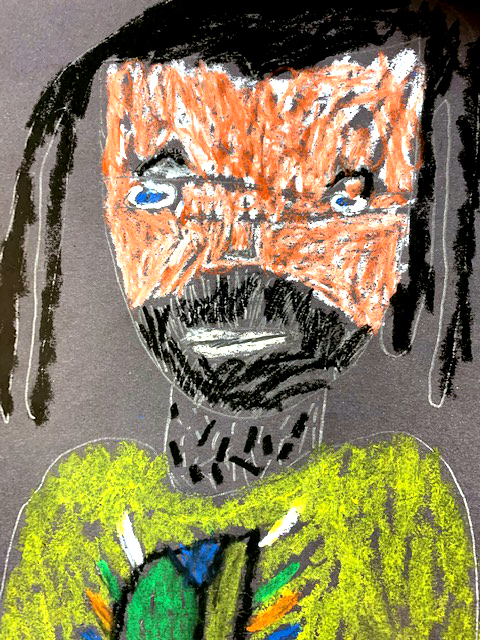 Children at Ramsgate Arts Primary are creatively involved in an evolving mural on Margate seafront that celebrates black icons.

The young artists aged between 7 and 11 are drawing their chosen icons, after researching historical figures such as America’s ‘first lady’ of civil rights Rosa Parks and Mary Jane Seacole, the British-Jamaican nurse, healer and businesswoman who set up the ‘British Hotel’ for the sick and injured behind the lines during the Crimean War.

Children have also drawn their own portraits of black British icons, ranging from friends and family to sporting heroes and singers such as rapper Stormzy.

Their works are on show as part of the legacy project on the shopfronts under Arlington House that is being led by local artist Ben Connors that celebrates black culture. He is working in collaboration with the People Dem Collective that guest curated the Margate Now 2020 event. 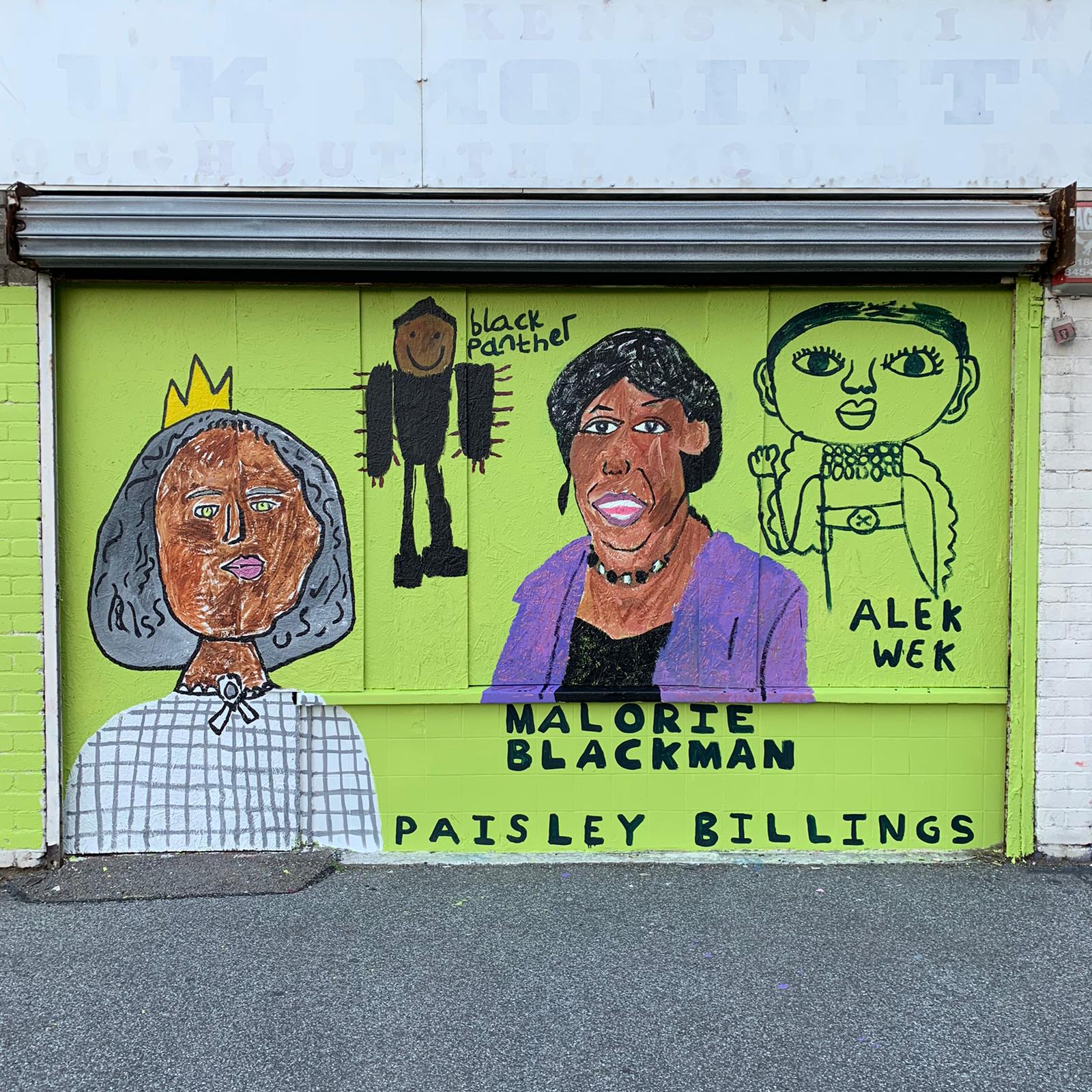 RAPS is the first local school whose young artists contributed to the mural, and art teacher Karen Vost said: “It has been an inspirational project and well-received by the children. They have a strong sense of fairness and have responded thoughtfully to what they have learned about oppression experienced by the black community.

“They have enjoyed reflecting on different black icons and I feel the project has inspired the children to discuss racism.”

In June in the face of growing anti-racist movements worldwide, Ramsgate Arts Primary began campaigning for its own community to understand, discuss and challenge the embedded global problem of racism. 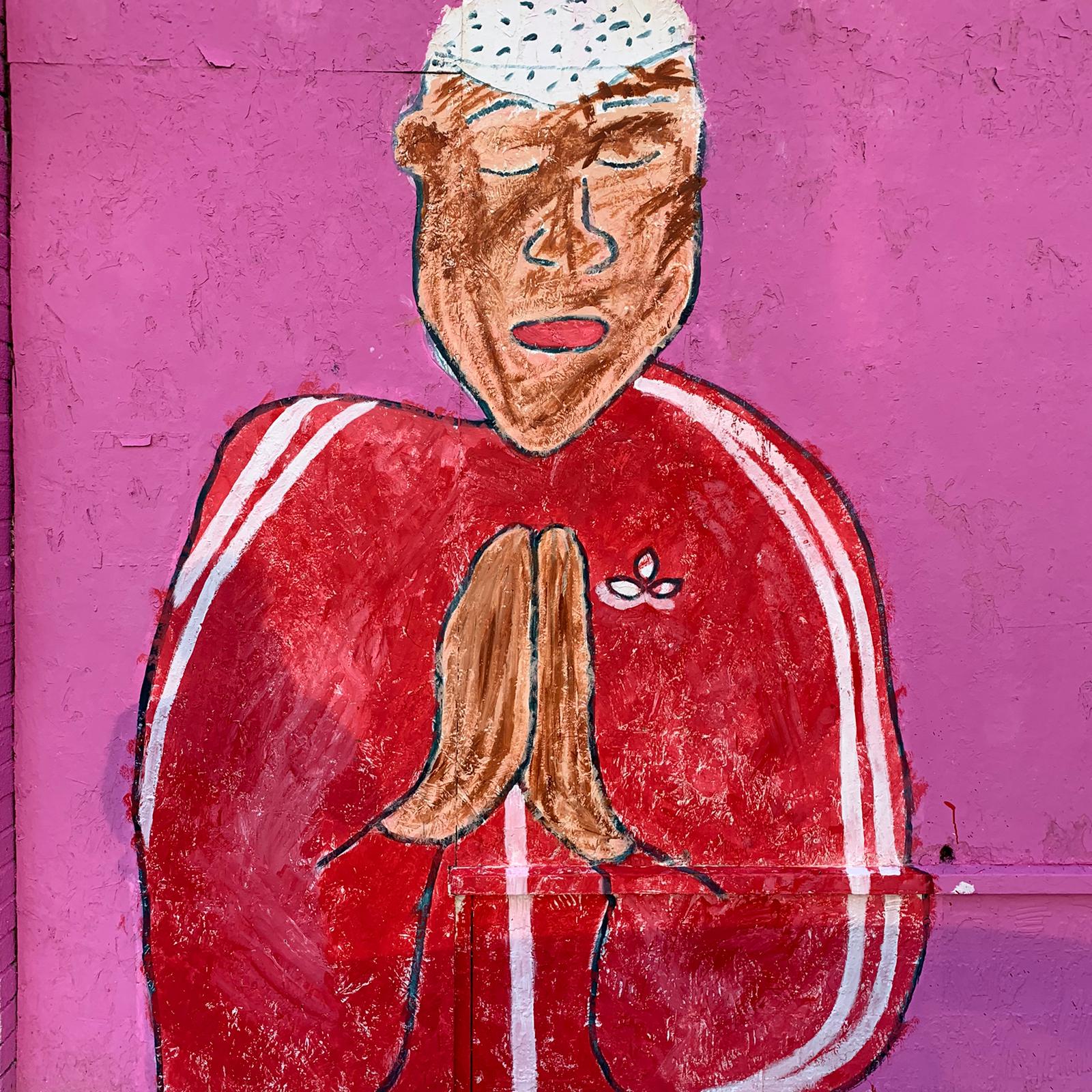 Head of School Nick Budge said: “We believe that providing young people with the knowledge (at an age-appropriate level) to develop an understanding of racism and inequality is fundamental to breaking down the systems that have led to the unjust oppression of BAME people and communities.

“October is Black History Month – but I feel that tackling this in one month isn't enough as it should be integrated in our curriculum along with everything else.”

Mr Budge said RAPS is committed to the following aims:

• Stand together against racism as an anti-racist school. This means we will challenge any overt or covert racism directly and fairly.

• To ‘see colour’, acting pre-emptively to ensure representation of BAME people and communities in our curriculum. 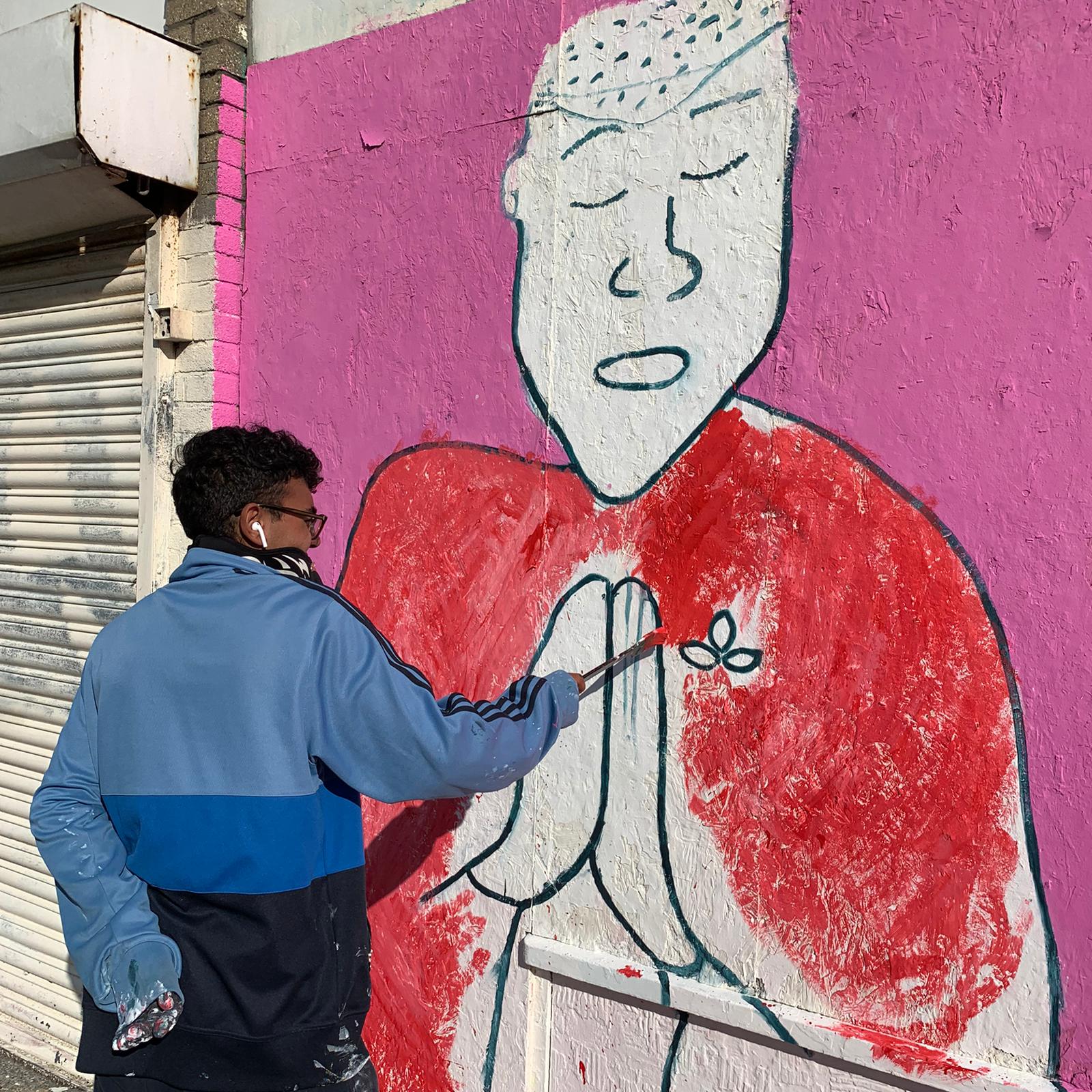 • To evaluate and reflect on our school practices, seeking ways to make sure we do the very best we can

Mr Budge added: “We are already working to ensure that there is a representation of BAME people and communities in all areas of our curriculum and I hope this will become increasingly explicit to the children as time goes on.

“The project at Arlington House and the wider overall arts-driven initiative is crucially important. We hope that the project will be revisited for the next three years and that the black people children draw will become more varied as they learn about different icons and people of importance throughout black British history.”

To find out more about the school’s anti-racist statement and its pledge, go online to www.ramsgateartsprimaryschool.co.uk